Posted by Branch Media and Publicity Officer on Oct 17, 2020 in News and Events | 0 comments

Today is the day Leeds United as we know it came into being 101 years ago. So it is poignant that on the day we celebrate the birthday of our Club, that it is the day I pay tribute to our mate, Mick Punt, as Leeds United is thing that brought us together.

Mick was Leeds through and through. His first game was in 1964 and he watched his beloved Leeds from behind the goal in the Scratching Shed until the Kop opened in 1968 and he moved there and has been there since. Even as he got older, he still preferred to watch his games from behind the goal.

Apart from one match in the Dark Days of the 3 day week during the power strikes back in the 70s. It was the Cup game against Liverpool and Mick’s boss had kindly said that anyone who had a ticket to the game could have time off to go and watch it. Mick climbed the tree at the side of the Peacock to watch the game which was all fine and dandy until the next day. As many people are aware, the Daily Mirror had a back page photo spread of fans who had tried to see the game, and Mick was there in the picture sat in a tree. His Boss wasn’t very happy about that at all, and when he quizzed Mick about it, Mick just said, ” I just told you I was going to watch the game”. Not much got past him.

Mick’s favourite player was Billy Bremner and his favourite game? The 7 – 0 against Southampton.

Mick started travelling with our branch in 2009. Curly Chris introduced us, saying that he knew “3 good lads who just wanted to go watch Leeds”, and that was that. Another reason that he started coming on our coach may have been that trip they had to the play off final against Watford in Cardiff. Steve remembers how on the way back their coach driver got lost and they ended up sat at Cardiff docks. The driver managed to turn the bus round but somehow managed to lose a bit of the back of the coach, and the passengers helpfully got off to retrieve the pieces for him. He also managed to hit the curb going over a roundabout in a journey home reminiscent of the film Speed. When they stopped at the services, they found out that the drivers’ manager had been on the phone and had sacked him halfway back. no wonder they started travelling with us, nothing like that ever happens on our bus!

Mick’s regular travelling partners were Steve Orchard and Paul Scott, and they were nicknamed the “Shaw Survivors” after the branch inadvertently stumbled into “Defend Shaw Day” prior to our FA Cup tie at Oldham Athletic in November 2009. This was one of The Chairman’s poorer pub stop suggestions.  However, considering their first game with the branch was our infamous trip to Crewe (yet again another of The Chairman’s brilliant ideas!) via Sandbach on 21st March 2009, where we found ourselves sharing the town with 250 Boro fans en route to Stoke, it could have been worse. The Rozzers ordered us to stay in one pub, which was duly noted with all due respect as everyone just went for a wander anyway.

Whatever life threw at Mick, and there have been a fair few obstacles, if Mick could physically get to a game, he did. Despite all his health problems, he made the trip to Arsenal in January – and back! He was never any trouble on the bus, and always happy to have a sit and a chat with anyone who wanted to have a beer and set the world and Leeds United to rights.

Mick will be missed by all of us in his extended Leeds United family, but he will be missed the most as a best friend, partner, father and grand father to Sue, Matt, Jo and Ella, Daniel, Isla, Caitlin and Brandon. 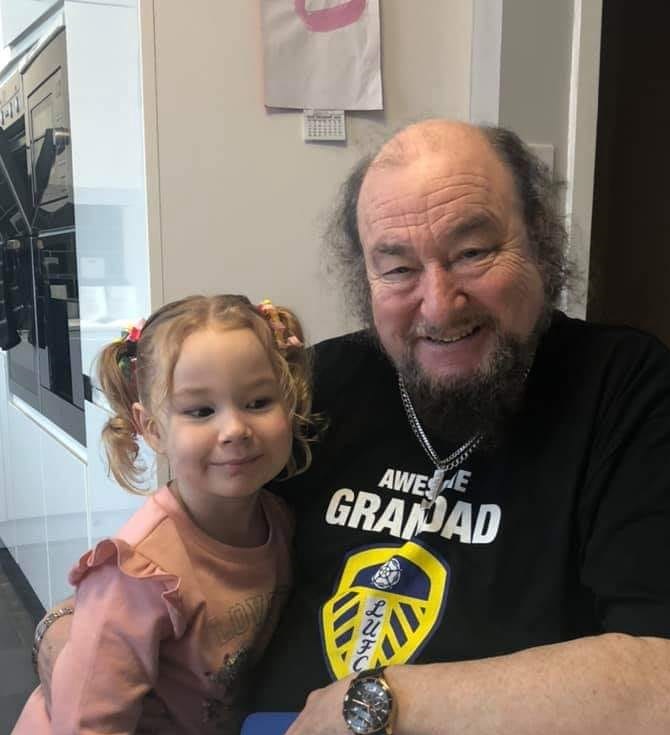