Posted by Branch Media and Publicity Officer on Oct 3, 2018 in Chairman Charley | 0 comments

Rantings of a madman continue with the next installment of Chairman Charley – the Puppet Years.

I know I have kept you waiting long enough. The audience has been itching for more helpings of wise words from The Teachings of Charley, served up with a healthy dollop of creamy goodness last night – with the help of front of the bus tagmate Mr David Poole (I  really cannot unhear what I heard!) and the irrepressible / repressed but certainly not depressed – maybe depraved ?, Mr Dave Rowson.

So the question on the lips of The Chairman last night was…. drum roll please….

Q: How is it that no one ever noticed that Jeff Tracy bloke built a pool with a moveable lid for that rocket ship to come out of?

A: It was a brilliant camouflage. Do you mean Thunderbird 1?

Q: But didn’t anyone notice how much money he spent doing that? It must have cost a fortune, what were the authorities doing?

A: He was a billionaire Charley, he owned the whole island

Q: But he had that space centre as well, right in the middle of space – didn’t anyone notice that he must have spent a fortune getting all that stuff up there. The government should have said something?

A: The guy owned the whole island, Charley – I don’t think they were bothered as long as he paid his tax bills. He also had Thunderbird 2 and the underwater one.

Q: But someone should have been keeping an eye on all of this expensive stuff that he was spending his money on?

A: I genuinely don’t think they were bothered, plus Lady Penelope was minted anyway

Q: Yeah, someone should have been looking into her affairs as well

A: You do know this was just a puppet show don’t you, and not real life?

Q: But she had that big pink Rolls Royce and her own butler, Parker, swanning about all the time to these exotic places. How much would that have cost?

A: She was loaded, I don’t think it bothered her

Q: She had the lifestyle of the rich and famous, that one

Charley, it was just a puppet show on TV, it wasn’t real. How did you think that they could get away with it? They were all just puppets, not people. But I bet you fancied Lady Penelope didn’t you? I bet you had pictures of her which….

…and that, my friends ends the PG 15 of the Teachings of Charley ,folks.

As much as the Disclaimer on the website does what it is supposed to do, the rest of the conversation is over 18s only 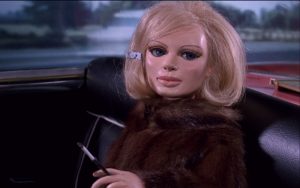 Posted by Branch Media and Publicity Officer on Oct 2, 2018 in Blog | 0 comments

Skytvisf**kings**t turns out is actually a great combination of characters for a password. It is probably the only good thing about it. I tell a lie, when it is sung, it forces them to turn the volume down and apologise for any bad language that anyone may have been offended over. Anything that forces them into making an apology is something to be applauded, so long live Skytvisf**kings**t!

I just need to acknowledge, I am well aware that there are many Leeds fans who are ecstatic that Leeds United are on telly, because otherwise they would never get to see them. I know that there are fans who live in Oz, the USA and the Far East etc. who without a doubt would trade in their nearest and dearest to be at a live game, but geographically find it impossible to do so. I know that there is an army of Leeds United season ticket holders (some of them first time season ticket holders at that) and platinum/gold/silver members who don’t stick a chance of ever getting to an away game who benefit from it. When we get promoted and the away allocation is EVEN less, there will be a lot more people who won’t get to see us play away.

It doesn’t make up for the fact that we, the paying fans, are basically slaves to the television gods though.

Having said that, the rescheduling of the game at Wendies on Friday night did have some perks. It spared us the ridiculous RVP (rendezvous point for those of you who don’t travel to games by coach) along that stretch of hard shoulder as you come off the motorway. It spared the annual blushes of people who are forced to use the outdoor facilities because the coaches aren’t allowed to move on until the man from Del Monte says yes.  It spared us the delaying tactics of  South Yorkshires’ finest to escort us to Hillsborough in the snails pace crawl that we normally endure. Thankfully, if there is anything that the rozzers are afraid of, it is the thought that Friday night rush hour on the M1 becomes more of a nightmare than it normally is. Because you certainly don’t want to be late home for your tea, do you?

After trying my hardest to stay awake for the Premiership clash of the titans that was Cardiff v Burnley on Sunday (failed by the way), I know why Skytvisf**kings**t show us all the time. The game was as dull as ditchwater. Hardly the cauldron of excitement that you get at our games, more like a pot of gruel slowly, stodgily plip plopping away, matched by their midfield actually.  It obviously didn’t warrant most of the Burnley and Cardiff fans to turn up either, as there were massive gaps in the ground. Skytvisf**kings**t must have realised that most people would have been watching the golf, so chose to show the dullest game that they could, in order to fulfil their Premiership obligations, so they could justify the poor viewing figures. Luckily, I recorded the Wendies game, seeing as I was stood right behind a huge pillar (for a paltry £39 plus £1 bates tax) and struggled to see most of the game anyway. Yes, I had to put up with the prematch build up with Jimmy Floyd Piggybank, but that’s what the fast forward button is for. And, I only did it to see Marcelo’s legendary pre match interviews, but Skytvisf**kings**t have now cottoned onto the fact that Bielsa is basically taking the p*ss, and the spoilsports won’t show any more than a sentence now. It took them long enough. Although the post match interview was much , much better. I vote for more Marcelo, please, come on change.org!

I am not keen to give up my satellite subscription even though it is the source of my continued frustration. If I keep the sports package, I get a cheap movie deal for a start. I am not yet SkyQ ing as I’m not bothered with that. 401HD undoubtedly gives you a brilliant view of the game (especially if you are stood behind a pillar for £39 plus £1 bates tax) and it enables you to see shots from several different angles. It is MUCH better than that Irish guy on the EFL show. The fact that I now find Ian Holloway endearing, is testament to how annoying Murray is. Even Liam Rosenior is better than Colin. He is much better than Jimmy Fled for the Money in my Bank though.

As Leeds United will be on Skytvisf**kins**t for another 6 games, before they release what they are going to schedule in December (I wonder who???), it will be interesting to see who else they can scrape from the bottom of the barrel to feature as the guests on our live games. Who will be the next washed up, publicity seeking hasbeen guest to jealously tow the “Leeds will never keep up this tempo” party line? Who will be the next victim of fast forwarding at x30 just so I can see the Bielsa interviews?

The phrase if you can’t beat them, join them, simply cannot apply here. We are stuck with Skytvisf**kings**t for the duration. At least when we get promoted, we will get more of the share of the TV money for our appearances than Shaun Harvey could muster from his mumblings – sorry –  “heavyweight punch for punch calculated brow beating bargaining” to get the best deal possible for the EFL TV package. We should get a decent reflection of what we should be earning given the number of people that watch us on the telly. The advertising revenue and visual worth of our team and our fans is probably more than the lower half of the premier league added together.

What we can do is continue to make our disdain heard on the telly as much as possible. What we can do is turn down any advances by Skytvisf**kings**t to give any interviews or photo opportunities to them which may promote their gospel. What we can do is complain as much as possible at any given opportunity about what we, and I don’t just mean the away travellers who have to rearrange flights, coaches, hotels etc. at such short notice, I mean ALL of us who are short changed by the rescheduling of games by the television gods. They treat us like a bunch of performing monkeys, just to be used to promote their brand.

We are not, We Are Leeds and We Are Proud. They are the fools.