Posted by Branch Media and Publicity Officer on Feb 23, 2020 in Blog | 0 comments

David Coverdale never looks any older does he?Apologies for the deliberate typo, I know,  Whitesnake did Here I Go Again – I’m just keeping you on your toes, dear Readers.

I’m just waiting for our 15 minute highlights on 403 SkyTVisf**kings**t Football HD against Reading yesterday. It’s not actually on until 9pm, so I’ve an hour and a half to get this blog done. I’m pretty sure if I wasn’t so tight and paid for the SkyQ upgrade with a proper box, I probably wouldn’t have to wait so long and could probably just record it, but I’m from Yorkshire… Plus, even if you have Sky Q and have one of these Ultra HD 4G LED tellys, when you watch the game on the Red Button, is it still the same crappy blurry picture that I get on my ancient Panasonic? How does that work then? The highlights are still in HD. It makes you think that SkyTVisf**kings**t are doing it deliberately just to piss people off as surely it doesn’t matter if they show it in HD or not? I bet if you are used to watching something in Ultra HD, watching the Red Button must be like watching it under water? Just asking for info. I don’t intend getting Sky Q until I have to.

Back to the blog. It’s the end of February. We are in that familiar territory of possible promotion – again. We had a fantastic start to the season – again. We had a blip after Christmas – again. We lost against Wigan – again. The pundits are saying the wheels have fallen off the bus – again. But unlike the last time, we are not plagued by a massive injury list, we have pulled points back against the form team Brentford at Griffin Park (where we have never won or haven’t for 50+ years at any rate) and we have had two consecutive clean sheets against two polar opposite opponents, in two completely different games in the last two weeks.

Bristol and Reading. I haven’t seen the highlights of Reading yet, but despite similar swirling weather conditions pitch level, these two games couldn’t have been any more different. Ok, maybe more missed chances against Bristol.

Last season by Christmas, the dreaded “teams have learnt how to play against Bielsa’s Leeds” phrase crept into the matchday commentary like the flesh eating zombie plagues in the 70s horror movies. About as welcome as a dose of the runs. The cliches about “falling apart again” , “not being able to keep the pace up” and “running out of ideas” became tiresome, especially from that curly haired Keith Andrews and Goodman.

This season however, (fingers crossed) we have had our blip and these two good results against Bristol and Reading have got our hopes up again. We are 5 points clear of 3rd and I don’t care about West Brom. Whether 1st or 2nd, it means promotion without the dreaded play offs. I am content with that. Automatic promotion means an enjoyable start to summer, a well deserved rest before Euro 2020 and looking forward to happy pre season. We have Boro on Weds night and then away to Hull at the weekend.

In complete contrast to the game against Bristol, despite Bristol being a “better” side on paper, yesterday the air of nervousness was palpable. The first 15 minutes wasn’t so bad, but it did feel like panic was setting in. I don’t know which part of the ground it started, but by the time Kalvin limped off after that initial hefty challenge, it was like the scene from The Fog, where the mist rolled in and engulfed the 35k crowd at Elland Road. After Pablo’s second try from that rebound went in, the mist lifted briefly, but by the time 70 minutes came up, it was well and truly choking the life out of us. The last 10 minutes genuinely felt like an eternity, and I didn’t even have enough spare energy to have a pop at the ones that started leaving before the 85 minute mark came up. The game was on a knife edge, and you still want to leave before the final whistle?

The Bristol game was nail biting but exhilarating. This game was a nail biter, but not for the same reason. That save by Kiko was a defining moment. It showed that we could hold our concentration and nerve right to the end.

I’m really hoping that it is a sign of things to come and we (the team and us supporters) can maintain our concentration, hold our nerve and get that effing promotion. 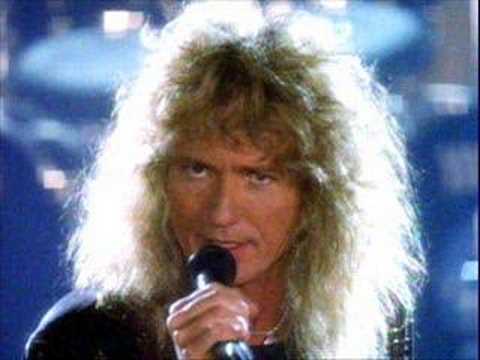 thanks to googleimages for the picture